For many of us, the internet is an indispensable part of motorcycle life. But have you ever wondered if the experts on your favourite forums are the real thing? Meet Tom Harley, a moderator on Reddit’s Harley Davidson subreddit. Tom learned to fix and care for old Harley Davidson motorcycles first-hand from outlaw bikers in the 80s, so he’s seen it all. But this rollicking conversation turned out to be about more than just trusting what you read online. Tom’s story reveals a tradition of apprenticeship that has kept motorcycling alive since the beginning… and if we play our part, always will. 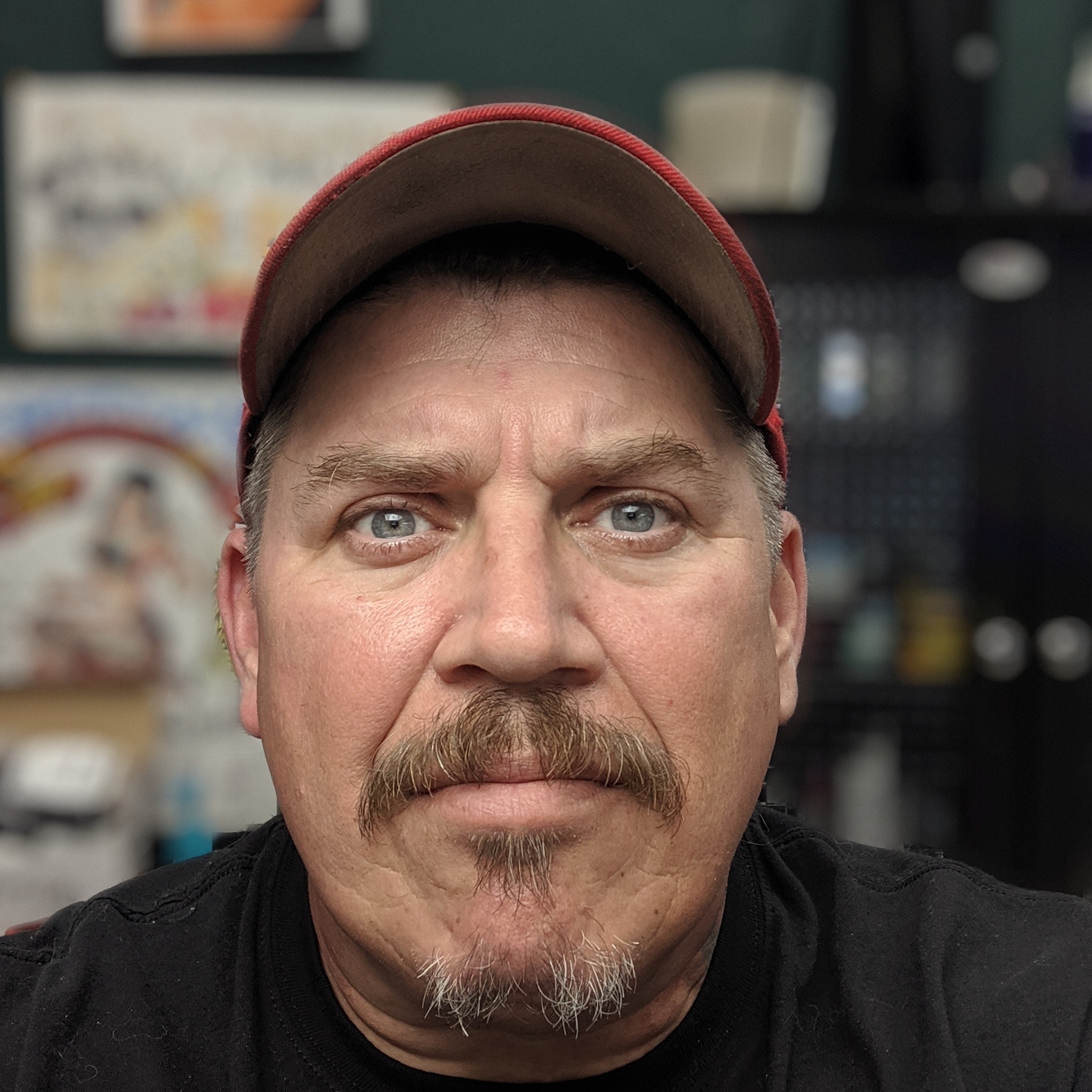 At the top of the show, I mentioned a blog called Scooter in the Sticks. Especially if Vespas are your thing, and even if they’re not, it’s worth a visit. Steve Williams’ take on characterful machines and the burdens and pleasures of age is different, but just as authentic as Tom’s.

When I introduced Tom Harley, I said that he was in his tattoo studio. Editing the episode, I realized this may not have been the case, but if you’re ever in northern California and are that way inclined, maybe you should be. His work is ambitious and beautiful, on another level from a lot of tattoo art. You can learn more about his business here. If I ever got the nerve, I’d make the trip.

Tom’s association with the outlaw biker scene in NorCal may sound colourful, but it more than rings true. He caught the end of the same scene in motorcycle’s cultural history that Hunter S. Thompson wrote about in ‘Hell’s Angels‘. Thompson’s turgid prose seems quaint, now, but it doesn’t get in the way of a ripping yarn, and a fascinating take on how it all happened. One of the most memorable themes for me: the central role the media played in creating the Angels’ mythology. Worth a read, if you’re interested.

About a year and a half ago, Common Tread published an interview with Lemmy and Tom that’s worth a read. “Always helping. Always giving good advice… I realized that unlike a lotta keyboard commandos, this guy really knew his shit.” Also worth a read. 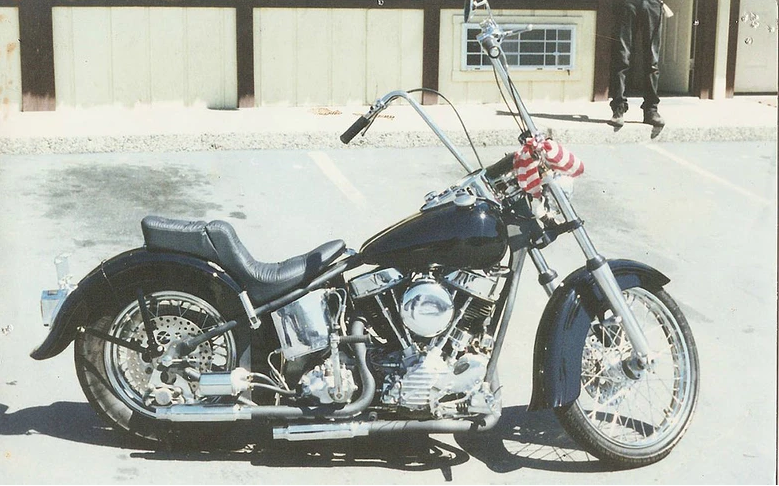 Tom told Lemmy this ’48 Panhead was his favourite bike… to look at. And it’s easy to see why.

Not being a Harley Davidson afficionado, I couldn’t confidently choose examples of Tom’s writing to show you why he’s so trusted by that Reddit community, so he was kind enough to make some suggestions for me… here, here, here, here and here.

He’s also written a couple of pieces for GetLowered. Here‘s Tom’s missive on Harley Davidson reliability. I think he has a presence on Facebook and Twitter, too, but Instagram is a good place to get to know the very outspoken online Tom Harley better. His handle there is @tjharley762. 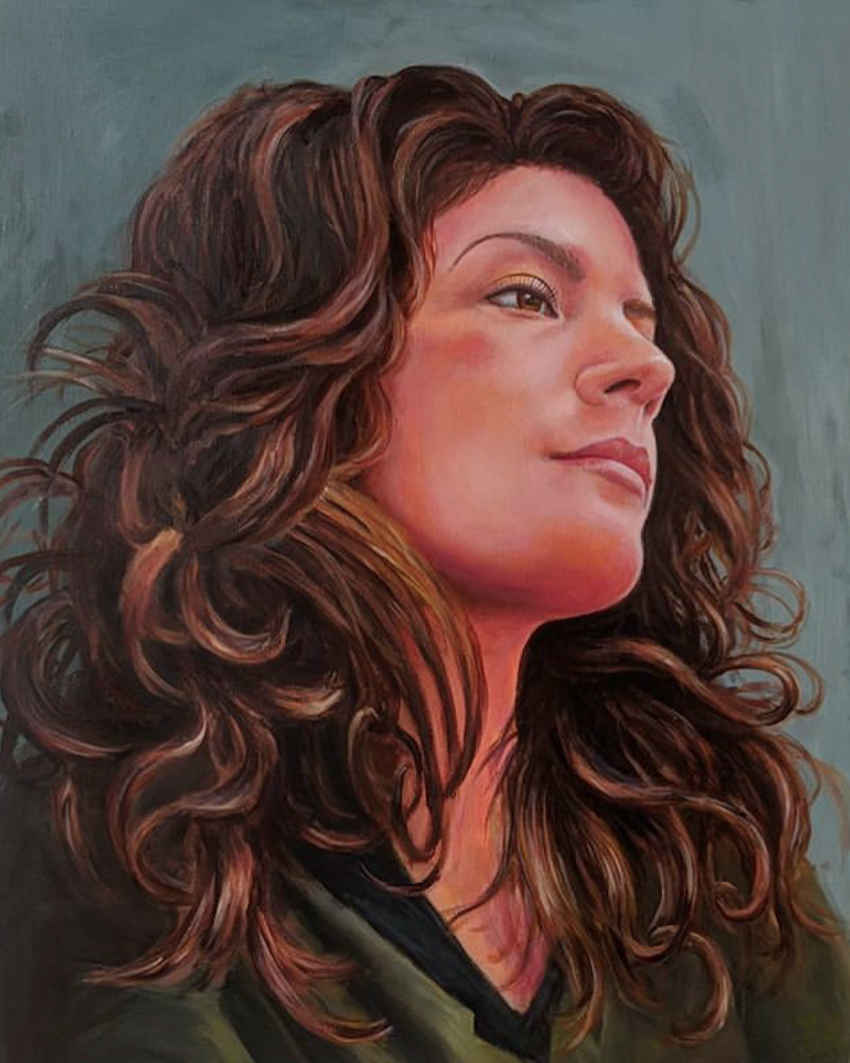 Tom Harley’s characterization of himself as an artist is more than fair. It’s not easy to find his work online, though you can see more of it in his Instagram feed. That’s where I screen-grabbed this image. His portrait work is riveting, and leaves you wanting to know more about the people behind the faces, about the highest praise a portrait can win.

At the end of the interview, Tom offered to share some footage of the roads around where he lives, and he was as good as his word. The only time I’ve spent in NorCal has been inside a car and, given my affection for California, this seems like a gaping hole in my experience. The roads there look amazing (I’m constantly jealous of the Motorcycles & Misfits ride reports), and it’s also – probably more, even, than LA – historically deeply important to motorcycle culture. When the world opens up again, a visit will remain firmly on my list. Maybe I’ll even get a tattoo.

The idea of ‘living by a code’ remains interesting to me, and it’s a persistent theme in motorcycle culture. I think some of this has to do with valorizing outlaw bikers, sure. But I also think there’s a deeper hunger, there. For a lot of riders, part of the appeal of motorcycling rests in the way it allows you to be alone without making you feel that way. Something shared, like a wave or like a code of behavior, helps preserve that magic, and the proof is in the many attempts people have made to formalize one. I have yet to find the definitive solution, the one that makes me nod in recognition of something that’s always felt true. I’m curious about this book, maybe less so about this faux-outlaw take. Let me know if you’ve seen something that inspires you! 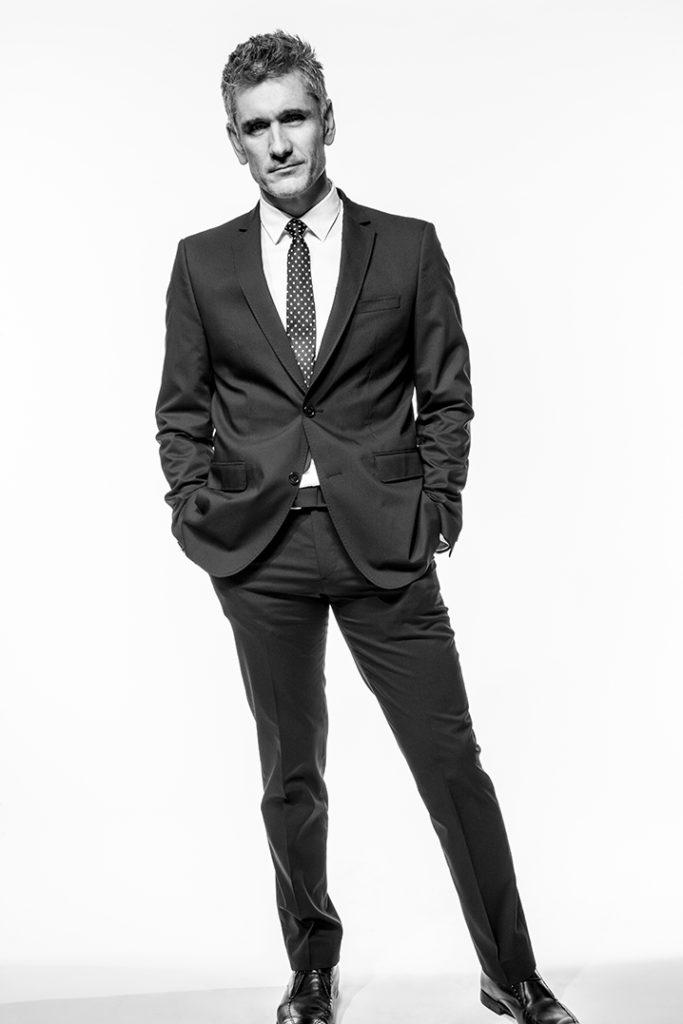 Curtis Stigers, the voice behind “This Life” Photo from curtisstigers.com

Thanks to Curtis Stigers for being so quick and enthusiastic about letting me share “This Life” with you. You can learn more about him here, and this link gives you a quick path to hearing his music online. Here‘s a little more about his new album, ‘Gentleman.’ Being a jazz fan, I was delighted to discover him and amazed it had taken so long. I keep wanting to write more about why I like his sound, but it feels like a lane departure, so here‘s a real review, instead.

And finally, one more nudge to scrounge up a few bucks from the couch cushions and make a contribution to the Movember Foundation. With this year’s Distinguished Gentleman’s Ride not the gathering we’re used to, I think they could use all the help you can give them.