To be passionate about motorcycling is to be passionate about motorcycle films, or so it seems lately. In this episode, I talk with Caius Tenche, director of the Toronto Motorcycle Film Festival, about why our appetite for two-wheeled cinema is so insatiable. Tenche gives the digital age its due; it’s never been easier to record and share our stories. But behind this, it turns out, are reasons far more timeless and essential to why we ride. 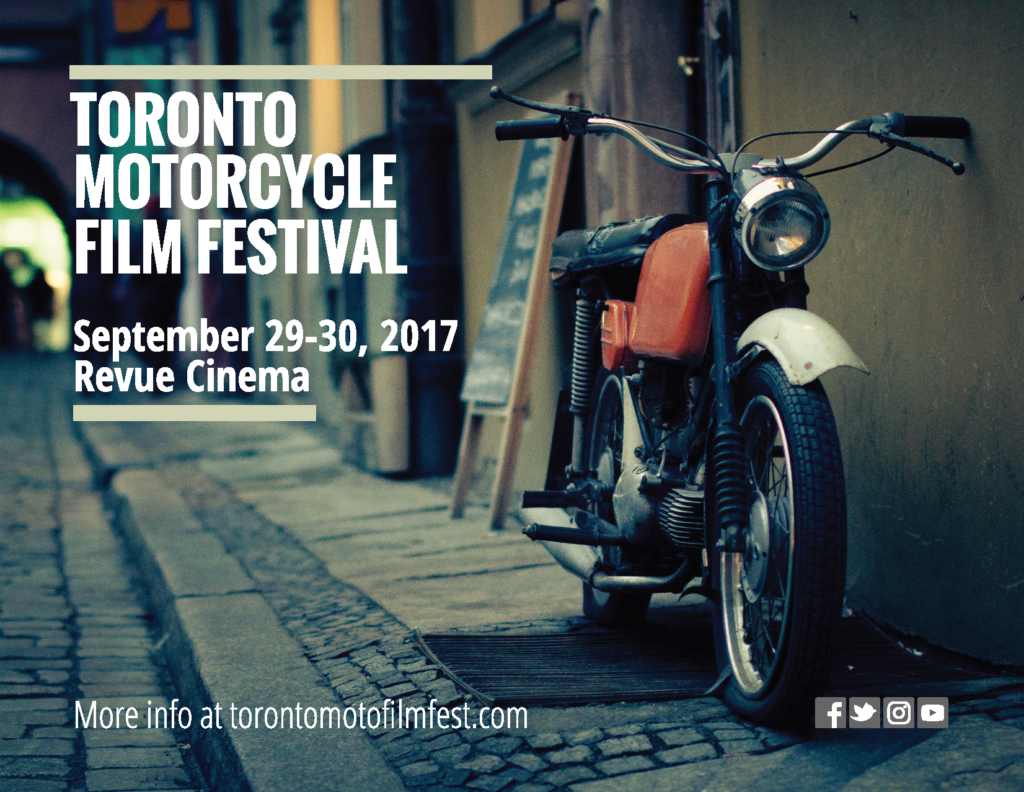 According to Wikipedia, at least, the first film that featured a motorcycle in a significant plot role was ‘Mabel at the Wheel’, by Charlie Chaplin, Mabel Normand and Mac Sennett. Here it is on YouTube.

Here’s the trailer for this year’s Lisbon Motorcycle Film Fest. The images do the talking, here, and give you a great sense of the kind of energy these films generate.

21 Days Under the Sky came up a couple of times in our discussion. Here’s the trailer. If you decide to watch the film, I’d love to hear what you think.

This is MotoGeo’s ‘Night Rider’, a confection I watched more than once while I waited for my own Triumph Scrambler to come. It didn’t hurt that Jamie Robinson loves this bike. Find MotoGeo here.

Caius also mentioned ‘Stories of Bike’ as an inspiration of his. A little more polished and people focused, you’ll find their films here.

Caius talked about the links between motorcycling, film and maker culture, and it would be hard to beat ‘The Greasy Hands Preachers’ for proof. You might want to pour yourself an artisanal IPA for this one.

If you’re not a rider but you’re curious about why people get so worked up about it, the film ‘Why We Ride’ is worth your time. Yeah, it’s sentimental, but this is who we are.

“It’s All A Blur” was used in this episode with the kind permission of Cuff the Duke. It’s from the band’s album “Way Down Here”, a personal favourite of mine for long, quiet rides in the country (only when it’s safe to listen, of course). You’ll find their music in all the usual places, including here.