The archetype of the rock star biker is cool, but are they real? This one is. Meet singer songwriter Mark Kasprzyk, front man for alt rock band Redlight King. Kaz talks about how motorcycles fit into the life of a touring musician, why so many rockers ride, and the challenges and rewards of piloting a 1950 Harley Davidson Panhead with a suicide clutch in LA traffic. Not only is this wide-ranging interview one of the most fun yet, it also turns out that rock and roll might just have one more thing to teach us. 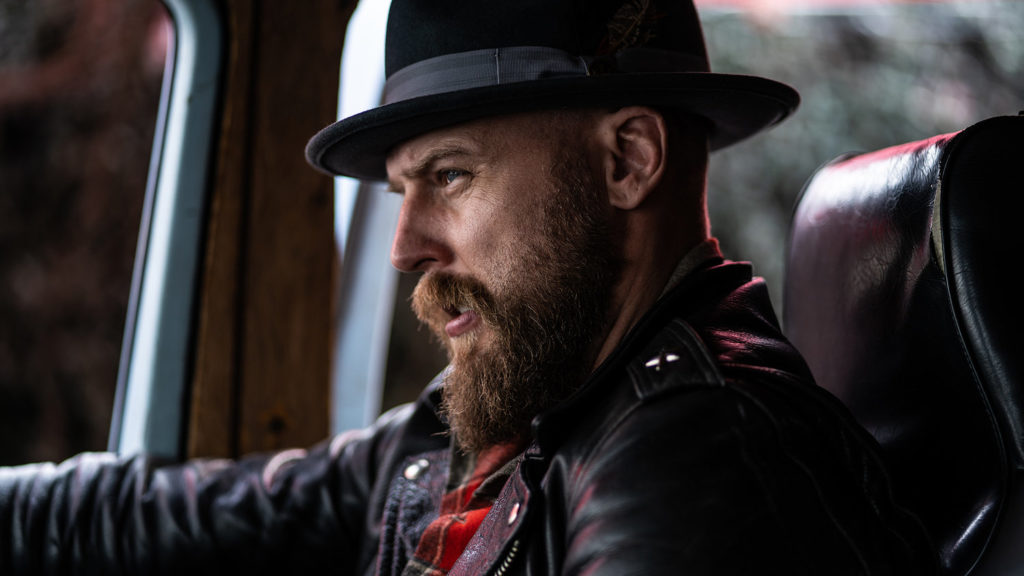 If you’re interested in supporting this podcast by donating to the Movember Foundation, you can click here or on the logo at the bottom of this page. If you’re thinking of a bigger gift and you live in the US, Australia or the UK, you might want to wait until I have local pages set up for those markets so you can get a tax receipt. And if you live in the Greater Toronto Area, I’ll see you at the Distinguished Gentleman’s Ride this fall… hit me up for a TML souvenir!

To learn more about Redlight King, their web page is a great place to start. Follow Kaz on Instagram to get news on their upcoming album. He’s @redlightking. You might find his label, artist-led Parts + Labor Records interesting, too.

Here’s the video for Born to Rise, the one that sparked the idea for this episode.

This interview with Kaz provides some more background on how it came together. For information on the Unknown Industries crew, check out their web site. Indeed, they are now a more commercial venture than was the case when this video was shot, but, hey, everybody’s gotta make a living. And these guys can still make those Harleys dance.

In our conversation, we also talked about a track called ‘Old Man’, and Neil Young’s song by the same name. This was a huge hit for Redlight King, and I’m happy to report the story is true that Young himself approved sampling the original song when he heard what Kaz had in mind. I think it’s brilliant, and all the better for being so personal.

Here’s some background on motorcycle racer and bike builder Paul Bigsby, inventor of the electric guitar. And here’s a video of that very first instrument being played.

Googling around for inspiration while I prepared for this interview, I found this essay on how bikes and rock and roll came together. I don’t know that it’s the most thorough or nuanced telling of history, but it’s a fun read.

Musicians who ride are literally too numerous for there to be a definitive list, but my pals at EatSleepRIDE keep a Pinterest page on the subject that should get you started. If you want to fall very, very far down this rabbit hole, the short lists here and here ought to point you in the right direction.

Here’s the video for Redlight King’s cover of Rush’s ‘Working Man.’ You can tell that Kaz is proud of his roots, and he clearly brings that work ethic to his music, too. I think recording this track was a natural.

Thanks to Mark Kasprzyk and Redlight King for helping make this happen. It was a blast. Best of luck with the new album… I can’t wait to hear it.